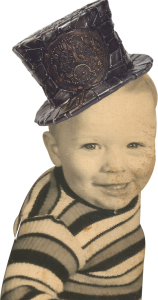 You may know me as the mad hatter but others call me Jay Snyder (the cider hider). I have humble origins, born in Dartford, Kent and moving to Essex at the age of 6 with my mater and pater. My alternative tastes developed from an early age, with my love of comics and fantasy. 2000 A.D. and Judge Dredd being two my favourites.

I started making costumes for fancy dress at the age of 14/15, with my first being Friar Tuck for a fancy dress. As Halloween rolled around each year, I evolved into recreating classic horror characters, such as Frankenstein’s monster, Dracula and Creature from the Black Lagoon.

In 1995, I moved to the green pastures of Northern Ireland where I honed my skills of costume design ( and hiding cider) with another Dracula and Frankenstein’s monster.

From 2012 the mad hatter has been attending comic cons throughout Northern Ireland, finding inspiration for his next masterpiece. Suffice to say I felt quite at home surrounded by all my fellow nerds. Some of the costumes I premiered here were Rorschach from Watchmen and The Mad Hatter (my usual attire, of course).

With my history, I think you can guess how my love of Hat making came about. So in August of 2014 The Mad Hatters Steampunk Emporium opened. 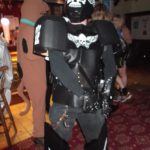 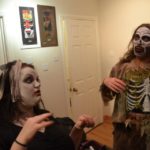 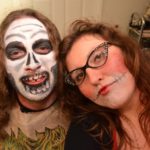 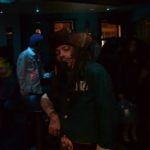 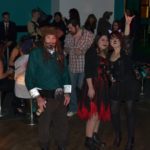 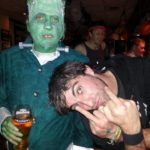 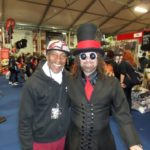 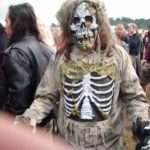